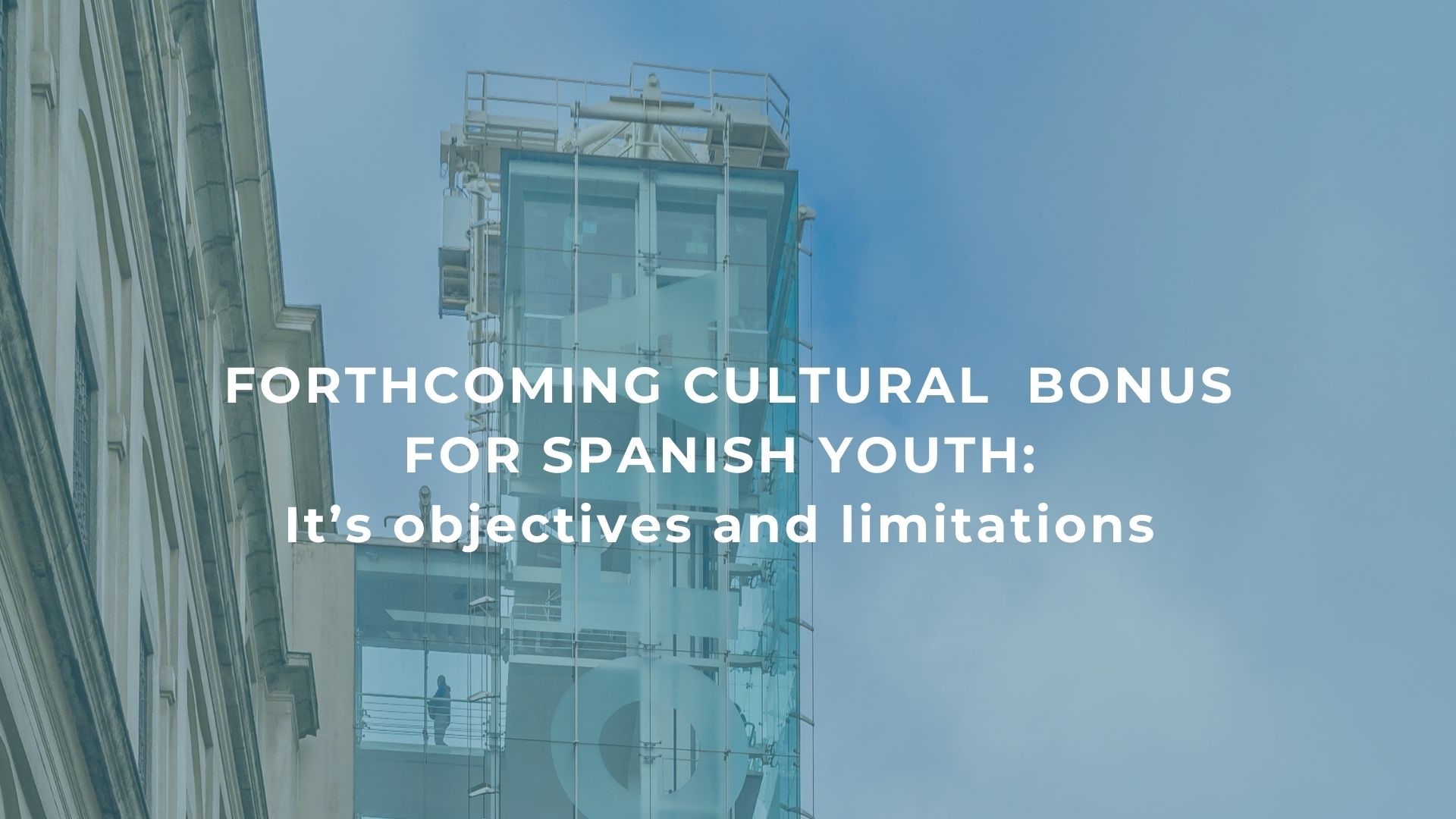 Coming June, young Spaniards who turn 18 this year will benefit from a cultural bonus with a value of €400. Back in March, the Council of Ministers approved the Royal Decree 210/2022 that established the conditions under which this Young Cultural Bonus can take effect, an undertaking for which the General State Budget has reserved a budget of 210 million euros. We’d like to hear your thoughts on the effectiveness of such a public funding later down in the comment section.

The objective of the cultural youth bonus is to facilitate a more universal and diversified access to culture for young people, to strengthen existing cultural habits, and to introduce new audiences to different cultural sub-sectors. The Royal Decree notes that this bonus is also born out of a need to support and boost various cultural sectors that have been hit hard during the pandemic. Hence, the voucher is intended for the acquisition and enjoyment of products, services and cultural activities for the duration of 1 year. The cultural vouchers will be made available for young people with a Spanish nationality or residence and for asylum seekers (including recent Ukrainian refugees) in Spain who turn 18 in 2022. The Ministry estimates that around 500,000 young people will be able to benefit.

The Spanish INVENT team has been following the development of this policy and in particular the public’s reception to this news. We have been able to identify three debates in the public discourse following this announcement.

What belongs to culture?
The first debate has generated considerable social and political discussion and has focused precisely on the establishment of the limits of this cultural bonus. Thus, appealing to a central question explored within the INVENT project, that is, “What do we mean when we speak of ‘culture’ and what activities do we understand to be a part of culture?” As established in the Royal Decree, the acquisition of stationery products such as curricular textbooks (printed or digital) will not be eligible. Neither will computer and electronic devices, software, hardware and consumables; artistic material; musical instruments; sports and bullfighting shows, and fashion and gastronomy.
Our studies reveal that many of the activities that do not fall under the Cultural Bonus are part of what society understands as a culture in its broadest conception. For instance, the practice of music and sports ranks relatively high on our Infographic What Belongs to Culture According to Europeans? based on data from the INVENT Survey 2021.

Which cultural tastes are legitimate?
While the need to impose some limitations to the cultural bonus can be readily understood by some, the regulations introduced for the activities that are eligible, specifically the allocation of funds, is what forms the second topic of public discussion. The youth may spend up to maximum of €200 on tickets and subscriptions for performing arts, such as live music & cinema, visiting museums, libraries & exhibitions or audiovisual festivals. The remainder of the budget is split equally and can be spent on cultural consumption in an at-home setting. That is, up to €100 can be spent on digital or online consumption (e.g. audiobooks, Ebooks, podcasts, online videogames, or subscriptions to news outlets) and up to another €100 can be dedicated to the purchase of physical cultural products (e.g. books, magazines, games or records).

As part of the INVENT Survey 2021 we asked what cultural items should receive public funds from the government, and Spaniards consider monuments, and museums & libraries among the most important cultural offers when it comes to receiving aid (60% and 64% of Spaniards consider this ‘very important’, respectively). Their continued availability to the (young) public says something about the value of visiting such cultural sites. It is therefore not surprising that half of the Cultural Bonus budget must be dedicated to such outdoor visits. However, something may be said for balancing that with at-home cultural consumption of personal choice. The choice to include videogames as part of the activities upon which the Cultural Bonus can be spent has received some criticism, because it borders too much on mere entertainment. And once more in our own infographic we see that the acceptance of such a ‘low culture’ activity as part of culture is more contested than others.

Looking at the Pass Culture launched in France in May 2021, from which the Spanish Ministry of Culture and Sport has taken inspiration, videogames only accounted for 0.3% of spending and were restricted to videogames developed by the French or Europeans. This French experience help put into perspective the choices made by the Spanish ministry.

Is there a right and wrong time for cultural participation?
The third topic of debate we have identified since the announcement of the Cultural Bonus centers around criticism for the timing at which such a policy has been introduced. Many individuals question whether this cultural policy comes at the best time when the War in Ukraine and its effects of high inflation and lack of control on prices, especially gas and electricity, is decimating the economy of most of the Spanish households. The common argument of whether such a budget of millions is well-spent on something like culture participation can indeed be made.

But what do you think? Do you see the benefit of introducing this cultural bonus? Do you think the regulations on how the bonus must be spent helps the government achieve its goal? Or are they too narrow, limiting other practices and understandings of culture? Let us know in a comment below!