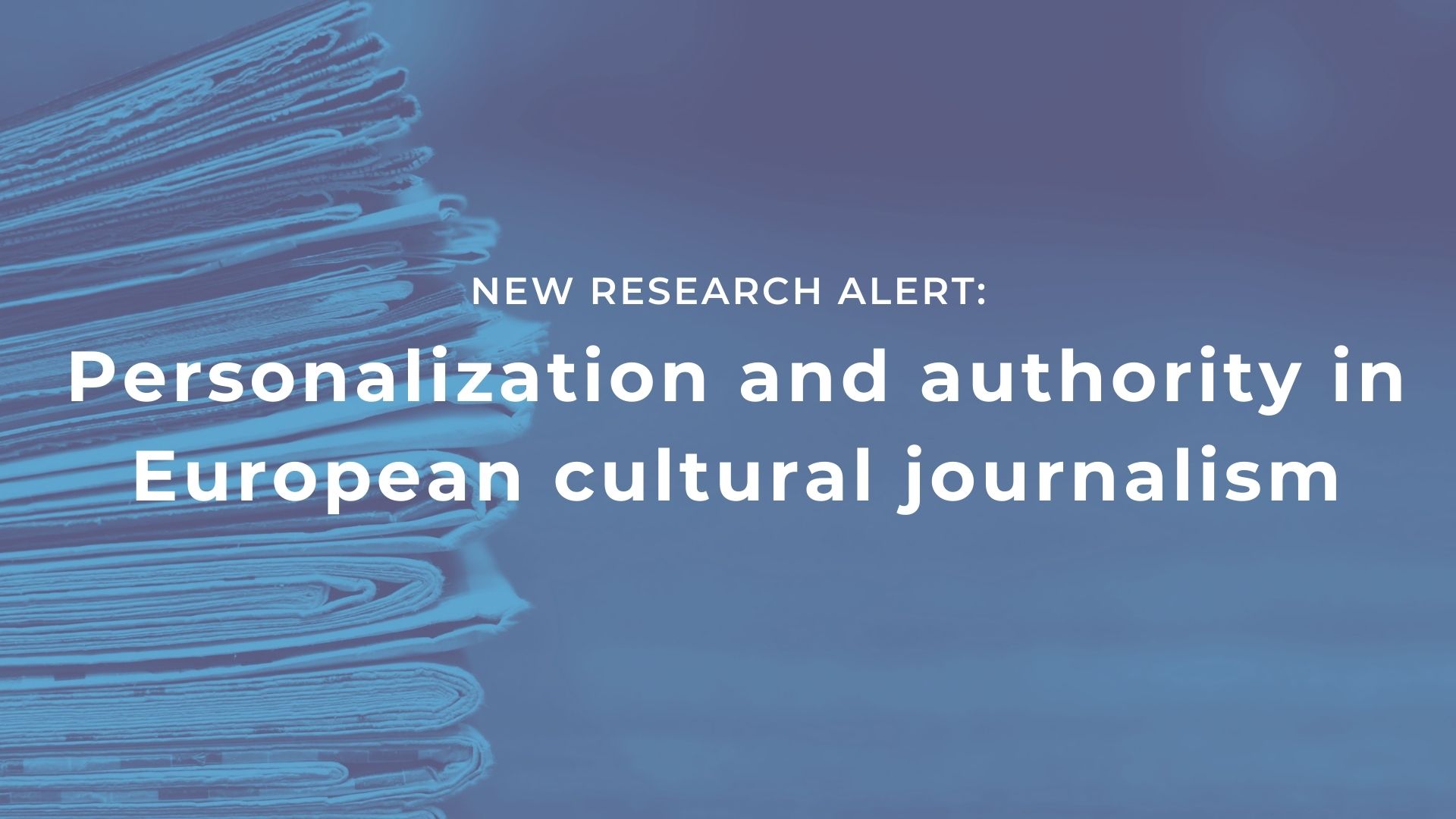 One of the key debates of contemporary cultural sociology concerns the alleged fragmentation of cultural authority. In an era of crisis of legacy media and normative authorities and, at the same time, strong individualization, who decides what can be defined as valuable culture?

Quality journalism covering culture is a good place to start looking for the answer. Journalism has traditionally adhered to strong ideals of objectivity, but the new media landscape is increasingly more digital and dialogical, offering also new ways to express subjectivity and individualism, for instance through different forms of peer-produced reviews, blogs, or social media ratings, which all question the authority of traditional normative media authorities.

In the INVENT research project, media and digitalization are one of the central interests. From a more linguistic perspective on cultural mediation, Riie Heikkilä from the Finnish INVENT team, together with her colleague Pekka Posio (Associate Professor in Ibero-Romance Languages at the University of Helsinki), has conducted an empirical study which tackles the debate on whether legitimate and normative journalism covering culture is drifting towards increasingly subjective and personalized tones in Europe. They studied 11,775 articles published between 1960 and 2010 in the culture sections of five European countries through both quantitative and qualitative analysis and conclude that while there is a lot of variation between individual newspapers, the frequency of first-persons singular pronouns and verb forms does increase over time. When observed more in detail, their narrative uses become predominant at the expense of the evaluative and epistemic ones. It thus seems that instead of authoritative and evaluation-oriented experts, culture journalists are increasingly becoming authors – and characters – of narrative discourses, echoing the idea of “storytelling” as a key tool in contemporary cultural journalism.

Posio’s and Heikkilä’s article “From evaluative authorities to involved narrators. Variation and change in first-person singulars used in the culture sections of six European newspapers from 1960 to 2010” is currently in press in Pragmatics and Society. An abstract can be found here