HomeCultural policy news Cultural events European culture The precarity of the cultural sector: Should we reconsider the status of artists and cultural workers in Europe?

The precarity of the cultural sector: Should we reconsider the status of artists and cultural workers in Europe? 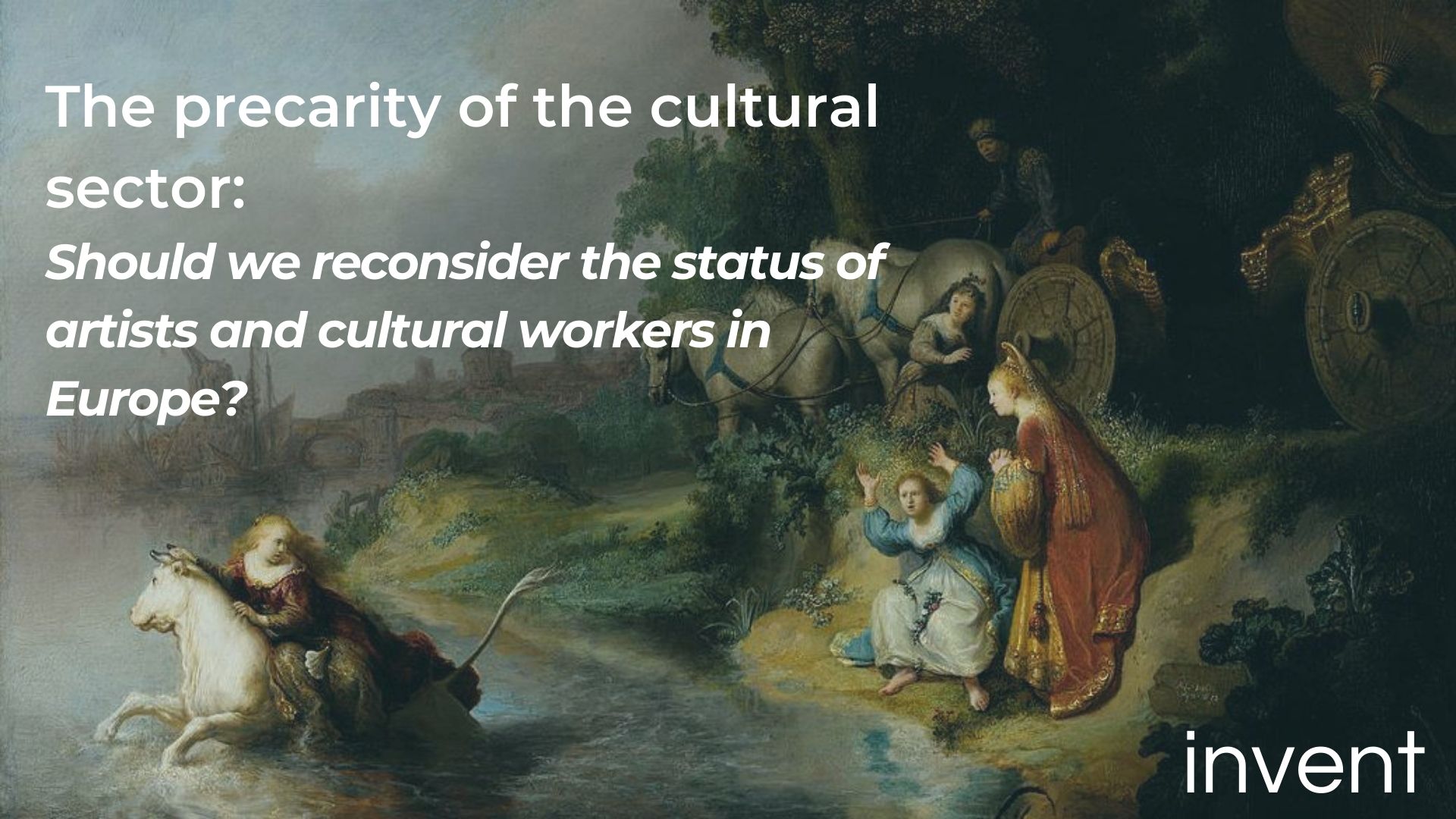 February 1, 2022 By Augustin Derado No comments yet

Across Europe, cultural sectors en large and the people working in fields related to art and culture were hit especially hard during the 2020 and 2021 COVID pandemic. Many cultural venues were closed, and programmes were cancelled (or weren’t initiated at all). Many artists and cultural workers fell deeper into precariousness and poverty than before COVID. Many were driven out of work. The repercussions are dire – how to start solving this malaise in cultural sectors across Europe?

Let’s have a quick look at the situation first.

The December street protests of cultural workers in Belgium and a mid-January performative disobedience initiative of cultural professionals in the Netherlands are among the latest protest of cultural sector workers in many European countries during the last two years (including, for example, also France, Finland and Croatia).

If discontent and protests of cultural workers are not especially visible in a given country in contrast to other public concerns (and other concerns are not lacking in the context of the global pandemic; in some cases those concerns include large protests against COVID measures), that doesn’t mean that cultural sector is faring okay. Far from it.

For example, in the Netherlands, voices of some of the cultural workers and organizations express that the impact of the COVID pandemic just highlighted the ‘precarious cracks that many cultural workers have fallen into‘ and made them reflect on their precarity (see the conversation Nicholas Burman had with the Cultural Workers United, Rotterdam, linked above).[1] And the said precarity is situated in the context of (as critiqued in the article) a ‘culture industry’ model which pedestaled the ‘hegemonic myth’ of individual artist – preferably a ‘singular genius’, and in the same time has ‘displaced important questions’, like all the diverse work which is unrecognized and stands behind that ‘singular genius’ and also the working conditions, social rights/protection and equality-justice aspect of that work.

In France, Ghislain Gauthier, deputy general secretary to the performing arts union in the comment published by ‘Artnet news’ in May of 2020, estimated that ‘freelance and temporary culture workers have lost some €600 million ($731 million) in earnings since the onset of the pandemic, and that most new government investment in the arts doesn’t go toward job creation’. Gauthier expressed the fears of going from a critical situation to something worse – ‘losing’ the cultural workers and their contributions: ‘We’re heading towards a catastrophic situation, where we risk losing industry professionals who will look for other jobs [outside the arts]’.[2]

Even more severe were the developments in the UK, where BBC called the results of a recent report on UK cultural sector as no less than – ‘catastrophic!‘. University of Sheffield found that during the pandemic a truly catastrophic loss of jobs has occurred in the sectors of the arts, culture and heritage – ‘55% of jobs – 450,000 people – were furloughed’[3]. In her comment for the Apollo international art magazine, Charlotte Higgins, a prominent UK culture writer highlighted the terrible situation that freelancers face in the UK cultural sector: ‘The majority of the skilled professionals who work in the arts – from singers, actors and artists to technicians, producers and designers – are freelance. More than a third of these – that is, of the people who actually make the art – are ineligible for the government’s self-employed income support scheme’.[4]

Some moderate (and partial) positive examples exist – Switzerland has voted in favour of the financial aid for cultural workers during the Covid-19 pandemic, and Ireland has decided to address the ‘unprecedented damage’ done to the cultural sector (lets’ note that the ‘unprecedented damage’ was not prevented,and that remedies are always partial) by introducing a basic income to 2,000 cultural workers and artists.

But the positive examples can seem as a drop in the ocean in the greater European landscape… or a short-term ‘fix’, available only to some and not to all the rest. At the same time, many cultural professionals, scientists and policymakers think that European Union needs a reimagining of its cultural policies, including the salaries/fees and rights in the cultural sector. Notably, ‘Culture Action Europe’, a network of cultural networks and organizations has highlighted the aim to go through a ‘reconsidering [of] the social and legal status of artists and cultural professionals’ in its ‘A Cultural Deal for Europe’ strategy.

Do we need to reconsider the status of artists and cultural workers in Europe – what kind of policies would you like to see?

[1] Reference: ‘Who benefits from our art?’ Simulacrum magazine website linked in the text.

In-text image 1 photographed by Marion Bellal, showing protesters in front of the Théâtre de l’Odéon in France. Photograph retrieved form article written by Marion Bellal, titled ‘Culture Workers Have Occupied More Than 30 Theaters Around France, Demanding an End to Lockdown’ and published on the ‘Artnet’ website , at: https://news.artnet.com/art-world/france-theaters-occupation-1952271.