Should Netflix obey Swiss rules? How cinema is (still) a national industry 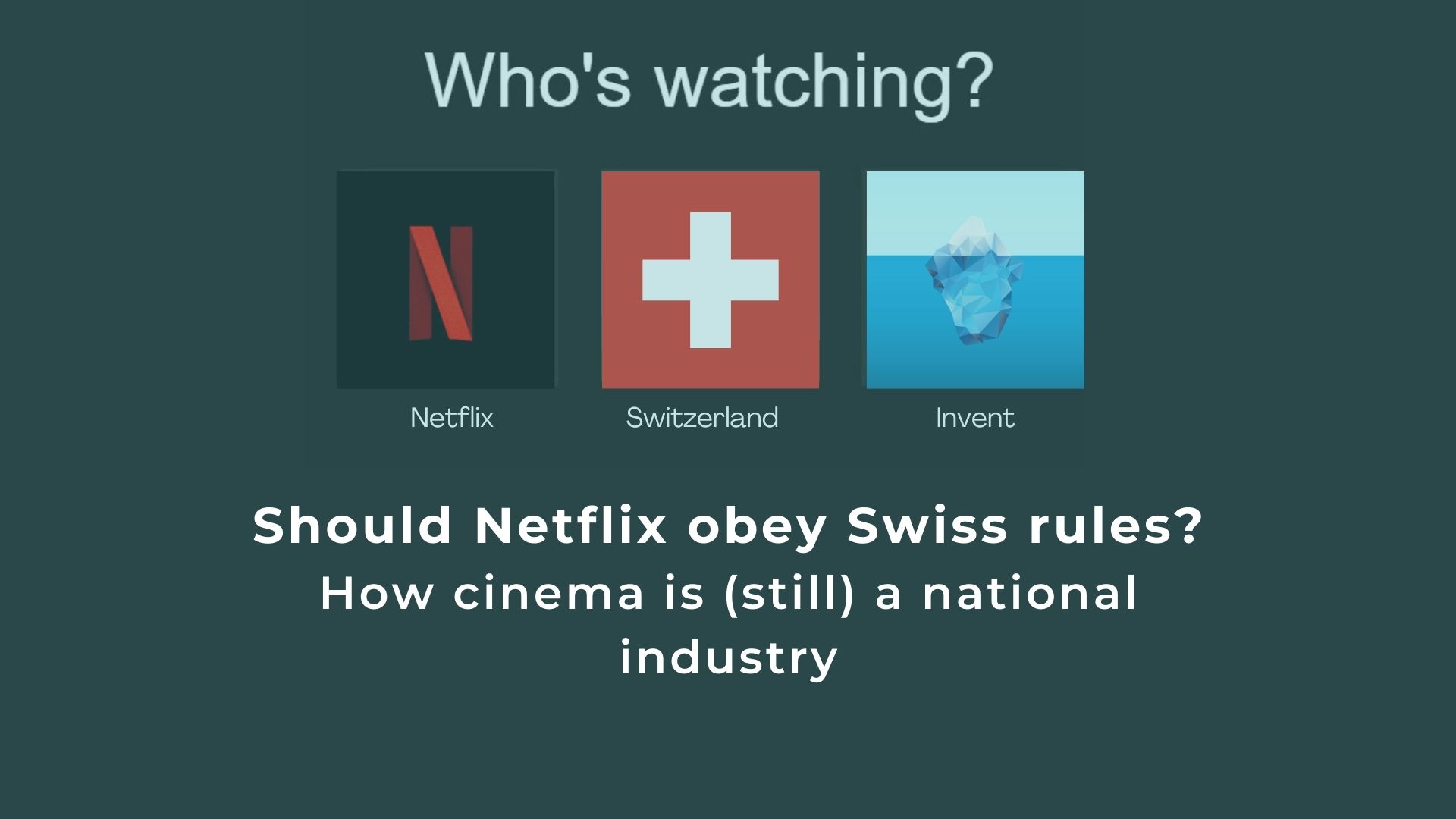 June 22, 2022 By Javier Ojeda Rodriguez No comments yet

In the age of immediacy, of the digital, the relationship between audiovisual products and consumers is increasingly close. It has become a habit to choose as a favorite pastime to watch an episode of a TV series via a payment platform. It is a simple, fast and repeatable process over time, which is why many people have already incorporated it into their pace of life.

Most of these platforms (Netflix, Amazon Prime, HBO, Disney+) are multinationals with a varied catalog of movies and series available to their subscribers. Although each one of them selects (as in the old way of journalistic editorials) the supply of its products, it is not very clear to what extent it adjusts to the demand of potential consumers. In particular, because these platforms work at a state level: the service is different in each country. So, is the audience looking for the same target on these platforms, or is it necessary to qualify the national difference?

On May 15, 2022, a referendum was held in Switzerland to reform the federal law on culture and film production, popularized as “Lex Netflix” (Netflix Law). The purpose of this amendment is to legislate on multinational platforms to force them to invest 4% of their income in audiovisual productions in Switzerland. This plebiscite raises a question about the meaning of demanding a minimum investment in cultural production at the domestic level. Is it maybe a legitimate way to safeguard national culture and folklore, or perhaps a nationalist interference in the multicultural production of a multinational?

The truth is that in France and Spain (countries with a long tradition of protecting their film industry) similar legislation is applied. In Germany, when the annual income threshold is exceeded by 500,000 euros, these platforms are obliged to invest in local productions (Borg, 2022). So, it seems that Switzerland is, if anything, a latecomer to a trend already common in European film industries. By the way, could we imagine recent cult series like HBO’s Baron Noir or Netflix’s La Casa de Papel without this kind of legislation?

It would be reasonable to think that, faced with an overabundance of international audiovisual products, a country with a modest film industry like Switzerland could be relegated to consuming only foreign TV series and films. However, there are those who might argue that introducing these legal requirements conflicts with the idea of ​​an open Switzerland willing to welcome the best of the cultures around it.

In any case, what does it mean for European culture that each country regulates the minimum investment of platforms such as Netflix, favoring then the national industry? Can we perhaps think that the demand of European audiences can be different, and articulated transnationally?

What we do know is that a large majority of the Swiss population (59%) approves this regulation, according to the recent results of the referendum (Swiss Info, 2022). The geographical distribution of vote is curious, with the region of Romandie (Switzerland´s French-speaking western cantons) being the one that differentially registers the most support, with levels of up to 75% in Vaud or Geneva. What can we infer from this desire of the Swiss to promote their own cinema and television?

The INVENT project aims to explore  the value of culture from a European perspective. Our survey yields revealing findings. There does not seem to be any contradiction between the consumption patterns of local TV series or those of English-speaking countries (that is, from where Netflix, HBO, Amazon Prime or Disney+ productions are decided).

According to out INVENT survey of 2021, 25% of Europeans consume a local or English-language movie/series once a week; nearly 34% do so at least once a month. Incredibly, the demand perfectly matches the supply. However, we find opposing results when we ask about movies/series from other European countries (in languages other than the local or English). Europeans consume much less what’s produced by their neighbors (9%). Perhaps the most surprising fact is that, compared to those who recognize they never consume English or local products (15%), people who affirm they never consume European non-English culture rises to 28% (INVENT Survey, 2021).

Who knows, maybe the recently approved Lex Netflix will imply, not that more Swiss consume their own culture, but that the Europeans have the possibility of accessing their neighbors. It would not be, therefore, a policy for domestic consumption neither a nationalist claim against multinationals. France is a country that has traditionally earned the admiration of its neighbors for promoting its culture. Not for nothing, one of the most prestigious film events is the Cannes Festival (perhaps that´s why the French-speaking Swiss are so enthusiastic?).

Nevertheless, it seems that there is still a long way to go to match the European neighbors’ audiovisual production to the prestige of national and English culture at the state level. Could we imagine in the future a greater recognition of European cultures due to Lex Netflix?