Switzerland may have to leave the Schengen area: How freedom of movement could redefine European culture 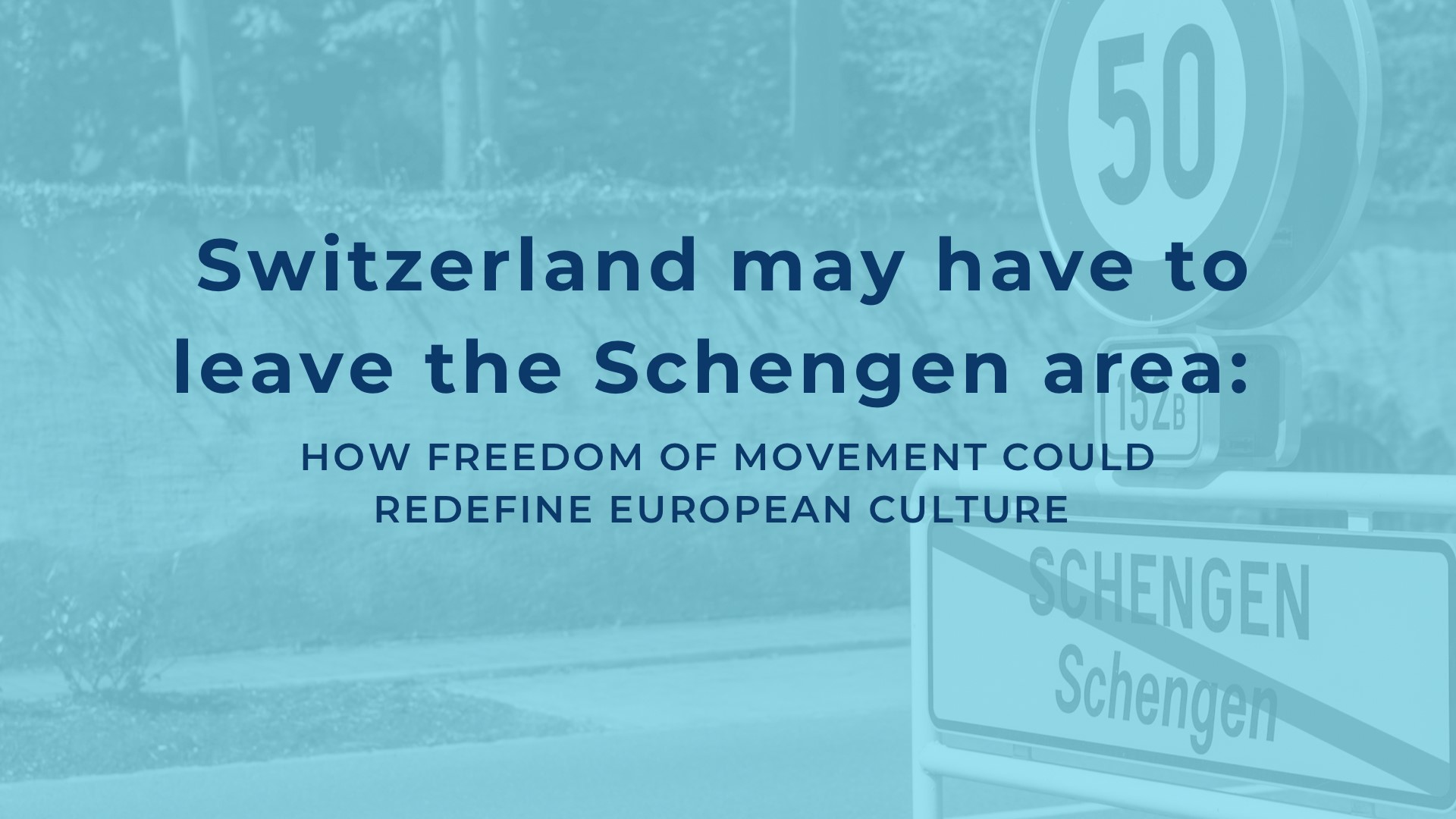 The first social impression of the Covid-19 pandemic was the restriction of movements. Suddenly, we realized that we couldn´t leave our homes, and eventually, our neighborhoods and cities. Two years later, we continue to find ourselves with situations where tickets to certain countries are canceled or where it is difficult to return home due to the emergence of new variants. However, a return to pre-pandemic normality could be a pipe dream for Switzerland.

Last week Le News echoed the statements of the Swiss Federal Councilor of the Department of Justice and Police, Karin Keller-Sutter, who warned that Switzerland could be “forced to leave the Schengen area” (Le News, 2022). A federal referendum to take place in May 2022 on the financing of Frontex, if successful, could remove Switzerland from the European area of ​​freedom of movement. Surely, this would be a new obstacle in the path of European integration after Brexit. Notwithstanding, mobility remains intact on the continent from east to west and from north to south, starting from Portugal to Poland, and passing through Sweden to Malta. These are the cardinal points for European citizens who can cross the continental national borders.

Switzerland leaving the Schengen area could be a serious threat to a phenomenon that moves millions of people around Europe: tourism. Year after year, large amounts of people decide on a new destination to visit within their small continent. During this period, Europeans navigate through their capitals and popular attractions. In their dialogue with different cultures and customs, they connect like trails the great constellation that is the Europe of the Schengen area.

So what are the implications for Switzerland and Europeans?

Switzerland has been a member state of the Schengen area since it signed accession in 2004, effective in 2008. Since then, it has been part of the select club that incorporates countries from the EU and others that, like Norway, are not member states, but accept freedom of transit on the continent. In 2020, amid the post-Brexit wave, a referendum raised by the far-right Swiss People’s Party to suspend the Schengen area in Switzerland was defeated.

Freedom of movement is, in the globalized world, a mark of distinction that builds a status of prosperity among Europeans. European cultural identity is intrinsically embedded in a cosmopolitan feeling of belonging based on regular flows of visitors such as tourism or the Erasmus+ program (Rita, 2000; Delanty, 2008 and Sigalas, 2006). This European institution allows cultures not registered in the EU, such as Switzerland or Norway, to share a common regime of mobility.

But there is also another Europe in which national frontiers matter for freedom of movement. Where do borders matter for exclusion? The United Kingdom, Ukraine, Russia and some Balkan countries retain control of freedom of movement at the corners of the Schengen area. During the last years, these countries have been characterized by the proud vindication of the national culture in the face of multiculturalism or European integration.

One of the goals of the INVENT project is to examine the influence of European integration on culture. Preliminary findings show support for both scenarios mentioned above. Faced with the statement that “European integration has enabled me to experience other European cultures”, the respondents oscillated between expressing being “Strongly agree” (15%) and “Somewhat agree” (28%) doubling the rejection of the statement choosing “Strongly disagree” (12%) and “Somewhat disagree” (12%). Likewise, they were surveyed about taking pride in historical monuments, places, works of art and /or traditions from other European countries (INVENT Survey, 2021) manifesting a great support for it (70% in agreement). However, a division of opinions emerges when questioning whether “There is no common European culture, because European cultures are too different from each other”. This time, approval was expressed by the 48%, whereas rejection by the 27%. Therefore, the feeling of belonging could be more complex than it seems at first glance.

Thus, the debate is guaranteed. A new controversy breaks out in Switzerland threatening to open a breach in the heart of the European continent. Regarding the Schengen area, Switzerland could strengthen its position as an open country to freedom of movement like other high-status European countries such as Norway, without belonging to the EU. On the other hand, it could follow in the wake of the national isolation of the United Kingdom or the periphery of Eastern Europe.

And you, what do you think will happen after this referendum? What implications will it have for European culture?

Let us know in the comments or on our post on social media!

Sigalas, E. (2006). Remaining proud of their national identity, yet uniting ever more closely? The Erasmus students as the role model European citizens. University of Reading (UK).