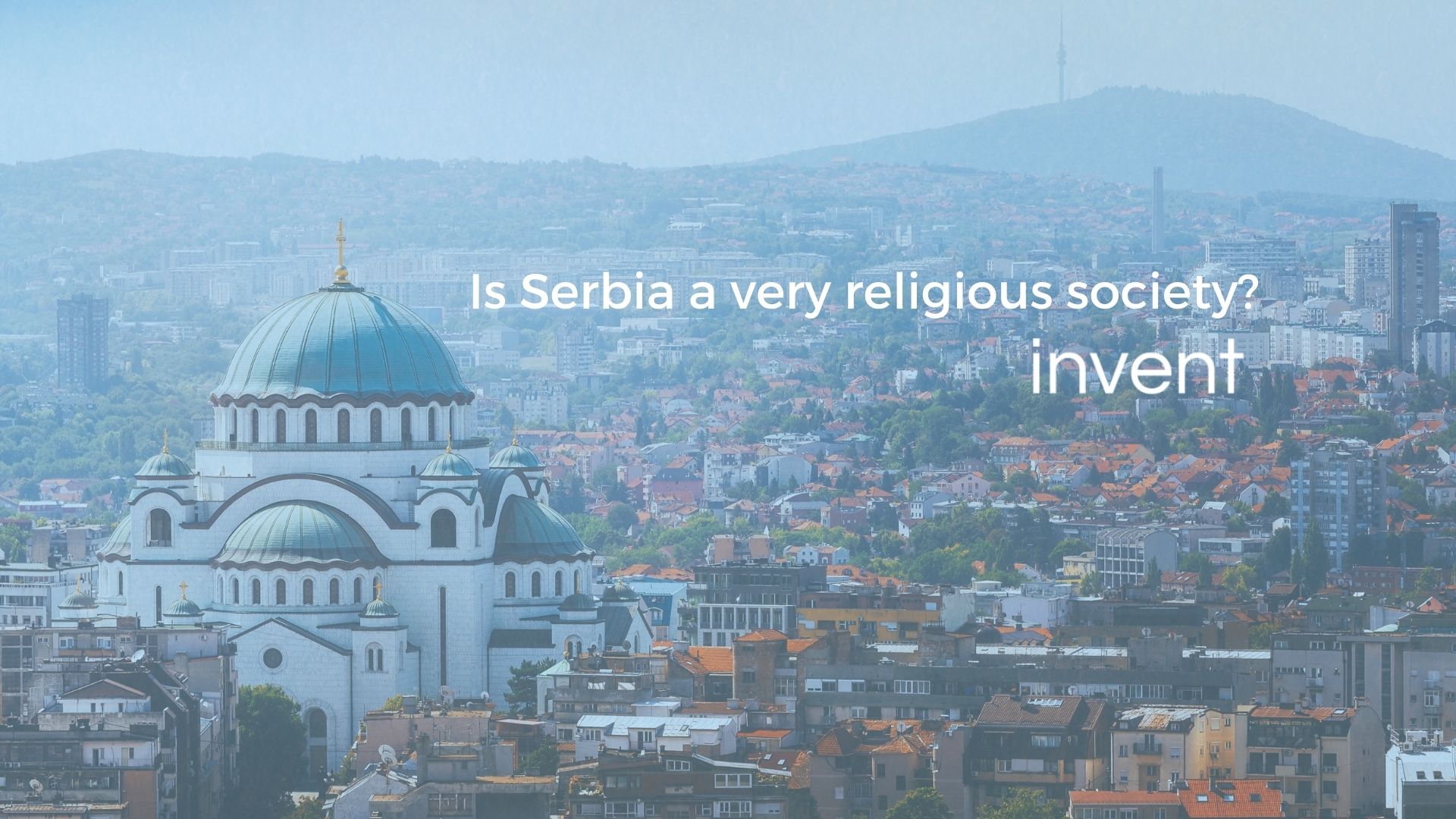 The data obtained from previous empirical research testified that religiosity in Serbia could be subsumed under Grace Davie’s phrase “belonging without believing”. Namely, the inhabitants of Serbia broadly expressed their confessional affiliation to one of the dominant religions (Orthodox Christianity, Catholicism, Islam, etc.). This was accompanied by a somewhat lower level of self-declared religiosity, which indicated that confessional affiliation was used as an identity marker. When the indicators of religious practice were observed, they showed relatively low indicators of religious practice.

The data obtained through the INVENT survey show that the trend of high confessionalism is maintained: only 2.7% of respondents declare themselves non-religious, i.e., not having any religious belief. About 95% of respondents in Serbia are confessionally declared.

1. Could you please indicate your belonging to a religion or denomination?

The gap between confessionalism and religiosity still exists. There is a group of 7.9% of respondents who declare themselves to be spiritual. A noticeable group of people claim to be confessional, without having religious or spiritual beliefs.

2. Independently of whether you belong to any religion or denomination, would you say you are religious?

However, when we look at the indicators of religious practice, we notice its presence at a relatively low level (although there is a slight increase compared to previous data). Only 6.9% of respondents go to church once a week, which is a common practice in Christianity.

3. Apart from special occasions such as weddings and funerals, how often do you attend religious services or meetings?

When we turn our attention to prayer, the trend of a relatively low level of this practice is also continued, if we take into account that it is one of the primary forms of religious communication.

4. Apart from when you are at religious services, how often do you pray?

The view from the INVENT data testifies to a somewhat less pronounced gap between confessional identification and self-declared religiosity in Serbia. However, religious practice is still relatively low, indicating traditional religiosity with identity functions.