Plural notions of culture and challenges to cultural policy-making 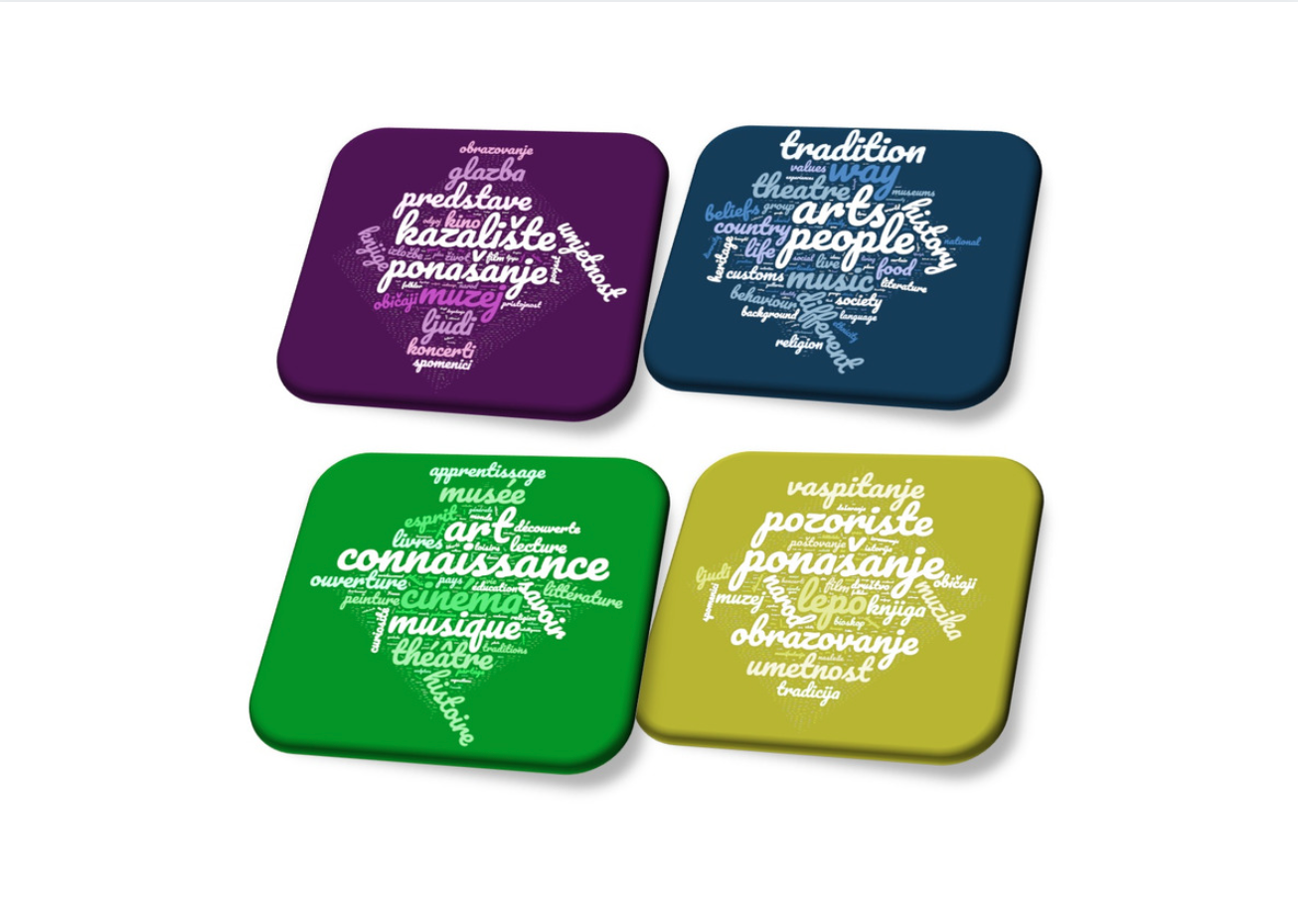 Even though culture as a word reflects multiple, often contradictory notions, the dominant understanding of culture within cultural policy practice and debates oftentime limits culture to professional cultural actors and excludes other notions. In order to provide insights into multiple notions of culture as perceived by citizens in Europe, in one of the questions in the survey the INVENT team has asked an open question: “What comes to your mind when you hear the word culture? Please elaborate”. Here we reflect on answers from four countries – Croatia, France, Serbia and the United Kingdom.

The notion of Culture as an arts field features most prominently in all four countries. Most common terms that fall within this category are theatres, cinemas, museums, galleries, libraries. This is one of the dominant discourses on culture, both within the cultural policy field, as well as in society at large, explained as the “narrow” understanding of culture, which revolves around established art forms, art institutions and key actors within the arts field. The second discourse on culture that features in the survey is the one on Culture as good behaviour. It revolves around the connection between moral norms and culture, as it is through culture that one becomes civilised. Culture serves as a civilising ritual, and here it signifies a behavioural norm: one needs to behave in a certain way for culture to exist. Culture as spiritual and intellectual enrichment is prominent in the survey, and relates to a rather intrinsic understanding of culture revolves around personal well-being. Culture is about learning, pleasure, personal growth and development. It is a lived experience in the present, rather than a sum of historical events, or something that is highly institutional and professional.

In the discourse on Culture as history, heritage and tradition, culture is also seen as something that is (or should be) cherished by the nation because it is shaped by it. Within this discourse, culture is inherited from previous generations and relates to language, customs, traditions, monuments, churches, narratives, songs. This notion of culture, just like the previous ones, is very celebratory, positive and uplifting. Dark, ugly and unpleasant history doesn’t end up as cultural heritage. Another present discourse on culture is related to Culture as a way of life. In this category, we find rather loose and broad definitions and associations that explain whatever a group of people do. It is something that characterises a group of people, and is usually what is explained as anthropological understanding of culture. Somewhat related to the previous one, the discourse on Culture as difference, diversity and tolerance sees culture as something that evokes otherness and as something that is a matter of identity. In their answers, respondents stress an association to a different, foreign culture, not “our” or “any”, but a different one. Here, terms ethnicity and race are also very common. These answers show an understanding that culture is not monolithic, but plural and that culture differentiates rather than unites. Despite the fact that an overwhelming majority of responses represent a positive understanding of what culture is – with adjectives such as nice, uplifting, good, beautiful – there is also a different discourse – on Culture as distinction and oppression. This discourse views culture as inherently divisive, annoying, conservative concept, a matter of social and class distinction and oppression. Culture here is not seen as something democratic, made with all the people in mind, but rather tailored to the needs of selected privileged groups and then projected to others.

These results show that there are many excluded notions of culture that need to be integrated into cultural policy debate and making. Could it be that the sectoral approach to culture as arts prevents many people from enjoying their own version of what culture is? Could that be understood as an impediment to more plural and democratic approaches to culture? It is some of those questions that the INVENT team will try to answer during the project.