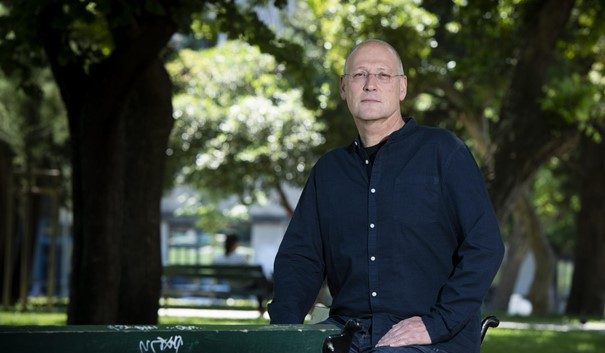 July 2, 2021 By Augustin Derado Comments are Off

An interview with the Croatian INVENT team member Mirko Petrić about how political parties in his country view the societal role of culture was published in a major Croatian newspaper (and its associate news portal). The article was published on 5 June 2021, in the wake of the Croatian local elections, during the municipal and county council constitution period. In the Saturday section on politics, society and culture of the daily Slobodna Dalmacija, the interview was announced with the quotes claiming that ‘Culture is run by visionless officials’ and ‘Politicians skip culture because it does not win the elections’.The interview criticizes the present-day relationship of political parties in Croatia to culture and to cultural policy, regretting their lack of competence and of understanding the deep significance of cultural policy for the social development of the country. According to Petrić, a disregard for culture and cultural policy was especially evident during the last electoral campaign.

‘There is no trace of meaningful discussions of culture in political parties’ programs (…) Culture is simply not mentioned in today’s political campaigns in Croatia, unless we are talking about building of physical infrastructure in which culture should take place.’ But Petrić insists that culture will not miraculously happen by itself, if no investments are made into its social aspects. ‘I am afraid that the possibility of understanding the importance of culture in social life has completely disappeared on the political scene.’

According to Petrić, a lack of comprehensive cultural policy in Croatia runs the risk of resulting in social disintegration, lack of imagination and loss of many societally crucial cultural competences and skills. The latter are especially important for the younger citizens, more strongly embedded in global changes affecting the present institutional order.

‘Entrepreneurial incubators and smart family farms are just empty shells if someone does not create the preconditions for educated, self-aware and competent young people to appear in them. That ‘someone’ should be the community where people live and pay taxes. Without this, there can be no progress or international competitiveness. (…) It would be crucial to increase the level of cultural capital of citizens through public action, and especially education, because without it [the younger generations] will soon not be able to perform even simple service tasks that seemingly don’t require cultural capital.’

According to Petrić, it is not socially productive to have ‘the horizons of young people’s imagination reduced almost exclusively to what is served through commercial social media’. What is needed instead is the development of complex new fields of cultural competence, which have the potential to reshape communities.

In addition to EU funding, Croatia also ’urgently needs more national-level funding for culture, but also a vision of what is wanted with it and how to organize it’. Thinking about societal values of culture, as project INVENT aims to do, can be considered as one of the important steps in the right direction, says Mirko Petrić in his interview for Slobodna Dalmacija.

The whole interview (only in Croatian) is available here.