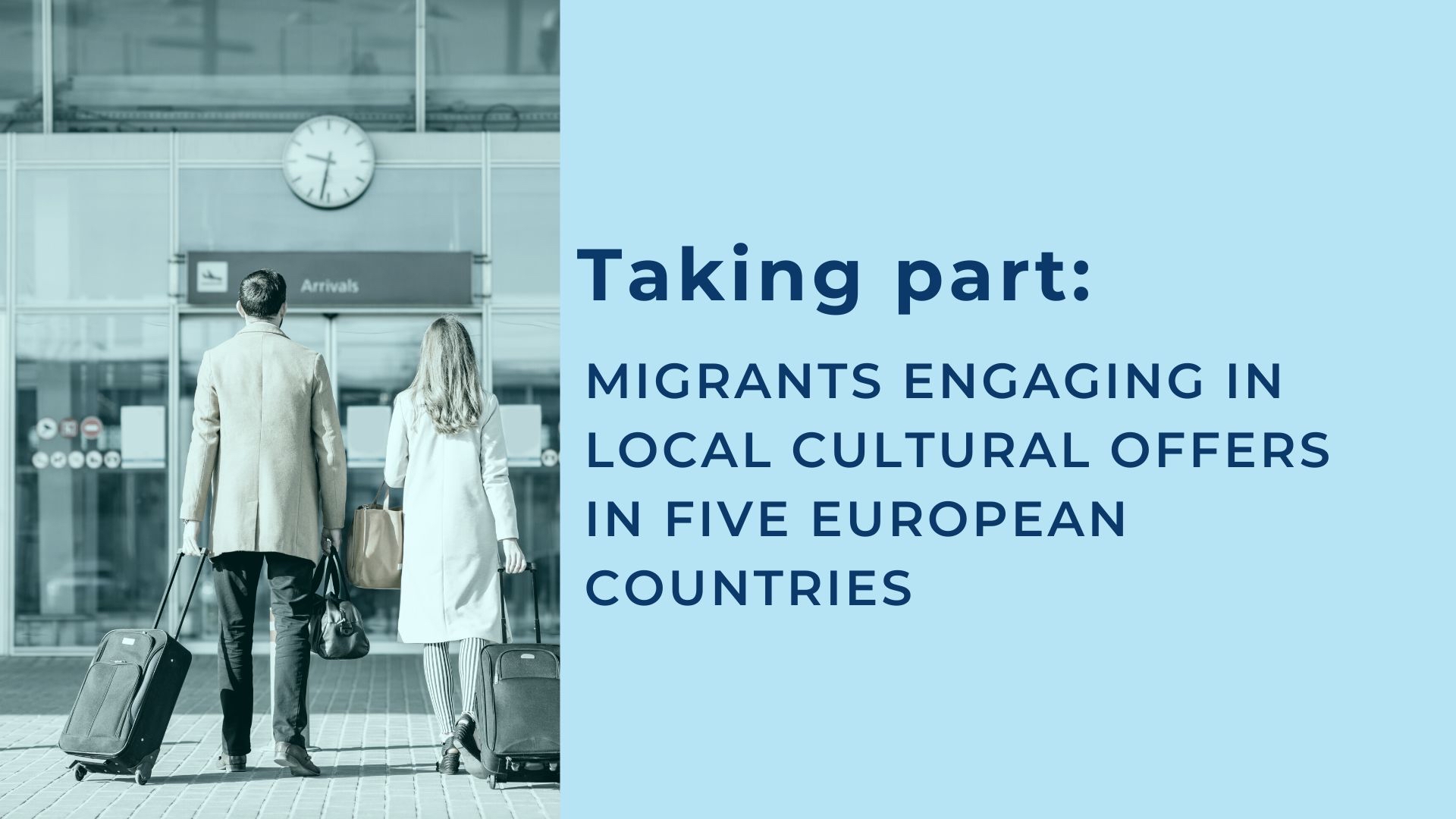 During the past summer, INVENT’s members have conducted interviews with locals and migrants in each of the consortium countries. In the following blog, we share preliminary findings regarding the ways in which migrants take part (or don’t) in their new country’s cultural offerings. The countries included in this blog are the UK, Denmark, Finland, Croatia, and Serbia (in which immigrant interviewees moved away from the country, in contrast to the other countries).

When reflecting on moving to another country, immigrants highlighted the benefits of having a wide variety of cultural offerings in comparison to their home countries:

The big change was when I moved from Spain to London because it was a part of this culture. It was a big change, basically, entirely to my personality. Everything changed from there. I am a completely different person since I moved from Spain to here. During those years, I met different people from different cultures and they influenced me to try new food, or to learn how to dance, learn some music, even the way that I dress, I would say, has changed as well.

Most migrant interviewees described a significant change in their cultural participation that led to a different in the ways they perceive themselves and their identity. Such change was also apparent in an interview with an ex-Serbian, who explained that not only did their cultural activities change, but also the way they propose them to other people:

I have completely internalised this attitude where I like have to put it nicely […] Like, “I was thinking maybe tomorrow we could go and do such and such, how does that sound to you?” Whereas the Serbian way would be, “Yo, tomorrow we’re doing such and such

However, some participants expressed experiencing limitations and barriers to cultural participation in their new country, such as the following quote from the Finnish data:

In Brussels I spoke the local language, so I spoke French, so I was able to, for example, go to the theatre more often. Go to the opera. So, I was really more active in that sense. I don’t speak Finnish and that is for certain activities of course a limitation. I really miss going to the theatre a lot!

As this excerpt demonstrates, even if Finland (or other countries) offers a vast variety of cultural offerings, these are limited to those who understand the local language.

While immigrants in the different countries reflected on changes, they also acknowledged ones that were not related to moving to a different county. For instance, many participants emphasized the fact that becoming parents was much more influential on their leisure activities than moving to a new country. In another example, participants highlighted their financial status as a factor that hindered and facilitated cultural activities. This was expressed, for instance, in an interview in Croatia:

It’s a great privilege to have a place on an island on the Adriatic Sea. It’s such a huge privilege when I think about it. We were very lucky to get that place and we didn’t pay very much for it. Prices were still really ridiculously low, and we got lucky. And I’m so grateful. Because it really is… It’s changed everything.

To conclude, in light of a preliminary analysis of the interviews, we suggest that cultural participation among immigrants should be considered in light of other important factors, such as their age, marital status or income.