Mapping the multiplicity of cultural understanding: INVENT brings out a new report exploring the meanings Europeans ascribe to culture 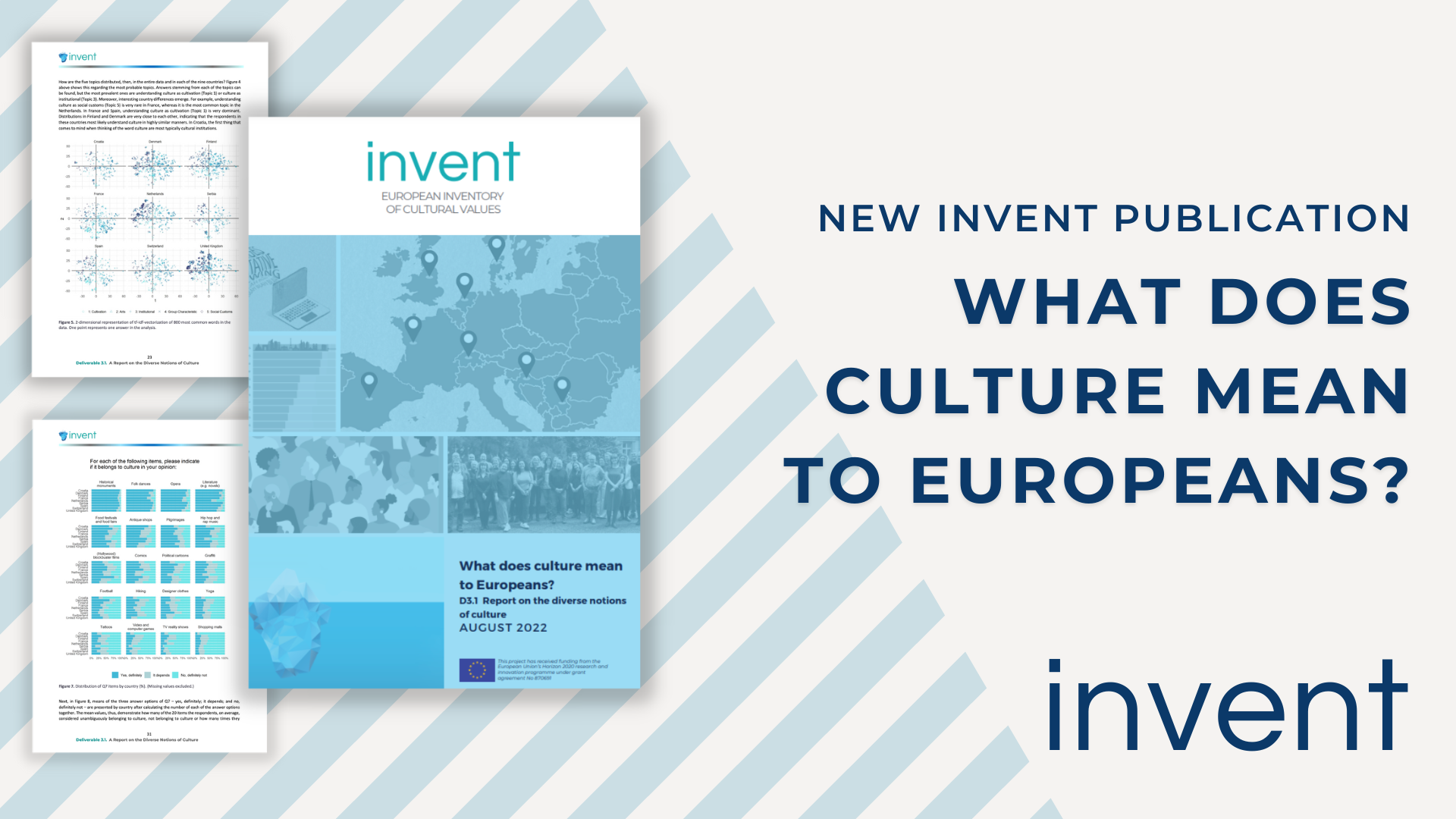 September 13, 2022 By Alysa Karels No comments yet

INVENT has brought out a new report that comprises a combination of data and analyses capturing an answer to the question: What does culture mean to Europeans?

To map out the multiplicity of understandings of culture within and across Europe, the report opens with a brief discussion of the diverse conceptions of culture, the current “cultural abundance” and how the manifold societal megatrends in Europe and the western world since the latter part of the 20th century have affected both the cultural environment in which we live, and the conceptual “baggage” associated with the term culture.

The report is followed by two empirical parts that are based on wide-ranging and nationally representative survey datasets collected by INVENT in 2021 in its nine countries: Croatia, Denmark, Finland, France, the Netherlands, Serbia, Spain, Switzerland, and the UK.

The first empirical part analyses an open-ended question, in which the respondents could

freely define in their own words which meanings they associate with “culture”. The second empirical part analyses a structured survey question including a list of twenty items (of cultural objects, places, and practices) and asking whether the respondents see each of them as belonging to culture, not belonging to culture or whether they remained ambivalent.

The report can be downloaded on the publications page of our website. And while you are there, be sure to also check out our infographics, newsletters, policy briefs and other previously published reports.