HomeEuropean culture Is there a cultural basis of vaccination skepticism?

Is there a cultural basis of vaccination skepticism? 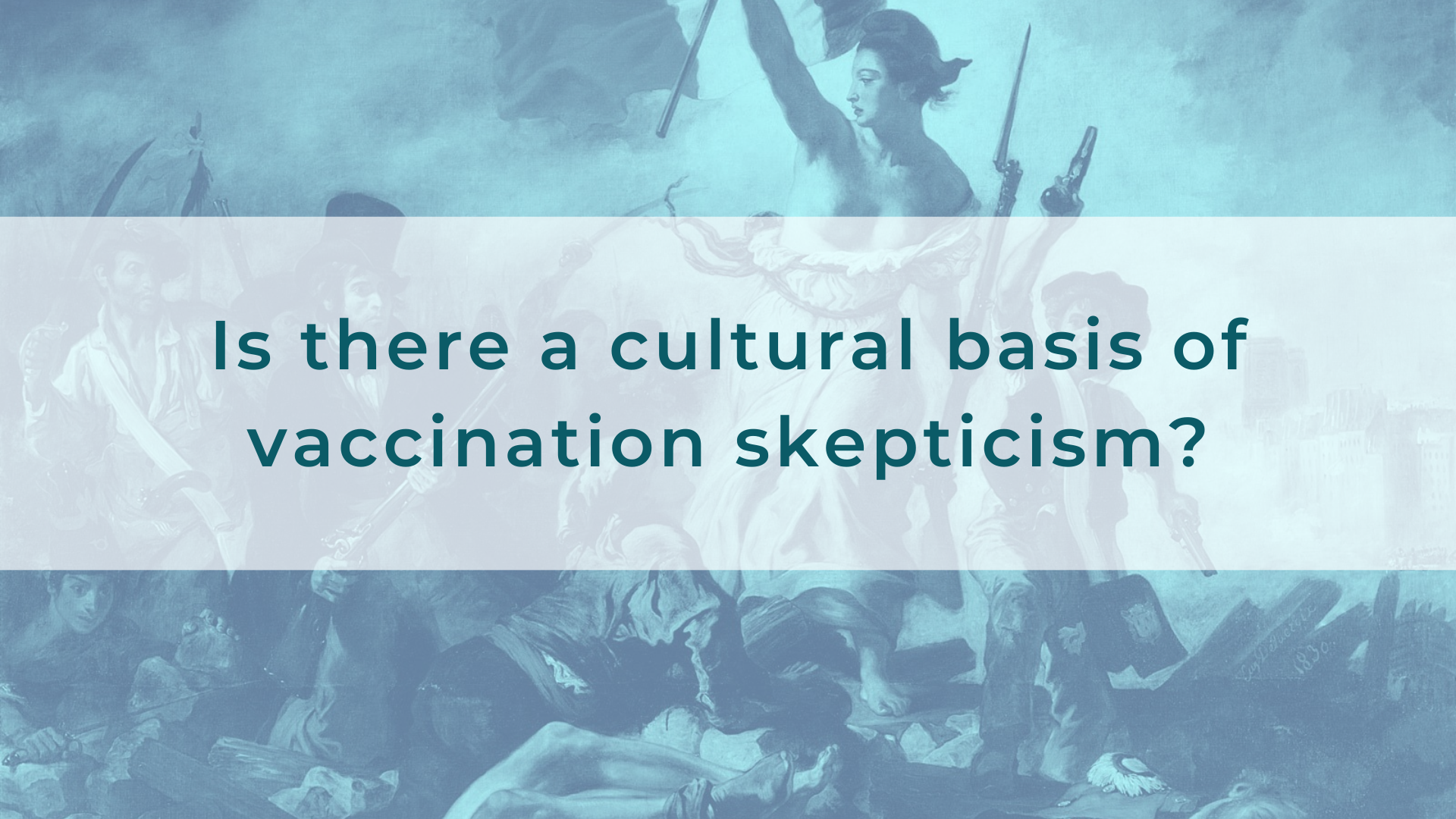 Throughout its research, the INVENT project considers how contemporary trends of globalization, digitalization, migration and social inequalities impact Europeans’ cultural participation and way of life. In this week’s blog, we inquire whether an older sociocultural movement of the early 19th century is still able to influence Europeans’ behaviors and participation today in times of the pandemic. Namely, we explore whether the remnants of Romanticism (most prevalent in Europe’s Germany-speaking countries) may in part explain current skepticism towards Covid measures and vaccination.

If we look at the proportions of the population in Central and Western Europe that have been vaccinated against the coronavirus, it is striking that the three predominantly German-speaking countries of Austria, Germany and Switzerland are among the laggards in terms of population vaccination coverage. Especially in the media discourse of these countries, it has been discussed in recent months whether the strong influence of the Romantic intellectual current in these societies is responsible for these low vaccination rates in the sense of a historical attribution (Basler Zeitung 8.11.2021; NZZ am Sonntag 28.11.2021; taz 20.12.2021, Die ZEIT 28.12.2021).

Romanticism was a pan-European cultural-historical movement of the early 19th century, characterized above all by a turning away from the Enlightenment ideals of science and the rationalism of classical antiquity, as well as a turn toward fantasy, emotion, and a glorification of nature. While Romanticism was not confined to the German-speaking world alone, it was particularly pronounced and especially long-lasting in this European region. This is evident in the distinctive collection of fairy tales and folk tales, the esoteric-like enthusiasm for nature, and the fact that the first museum devoted to the Romantic era as a whole, Deutsches Romantik-Museum, is located in Frankfurt am Main in Germany (NZZ am Sonntag, 11/29/2021).

Two streams of thought through which the romantic enthusiasm for nature and the rejection of the strict rationality of science still characterize the German-speaking world today are anthroposophy and homeopathy. To this day, these reject a purely scientific treatment of illnesses, but also want them to be understood as spiritual phenomena on which people can develop. It is therefore no coincidence that vaccination skepticism is particularly widespread in anthroposophical and homeopathic circles (tagesanzeiger 25.11.2021). This can be shown not only in journalistic articles, but also in a study by the Basel sociologists Frei, Schäfer and Nachtwey (2021), who demonstrate that protests against the measures to contain the virus and against vaccination are particularly strong in areas that also have a particularly high number of anthroposophical institutions (taz 20.12.2021).

So it would seem that regions where romantic, anti-Enlightenment and anti-scientific thinking is still strong today also have a particularly strong resistance to the measures to contain the virus and to vaccination. But that, of course, is only half the story: opposition to the measures and to vaccination also feeds on other intellectual sources, e.g., left- and right-wing populism, as well as anti-statist and federalist views. In addition, it should not be underestimated that the willingness to vaccinate and the vaccination rate are also strongly influenced by the communication and organization of a vaccination campaign. In conclusion, the question arises: can social phenomena of the present, such as a low vaccination rate against the coronavirus in German-speaking countries, be attributed at least in part to centuries of intellectual history? Is this a social scientifically acceptable explanation? Join the conversation and let us know your thoughts on the post on social media!