HomePublications Research alert: The tensions of the cultural news beat in view of globalization, digitalization, and conglomeration

Research alert: The tensions of the cultural news beat in view of globalization, digitalization, and conglomeration 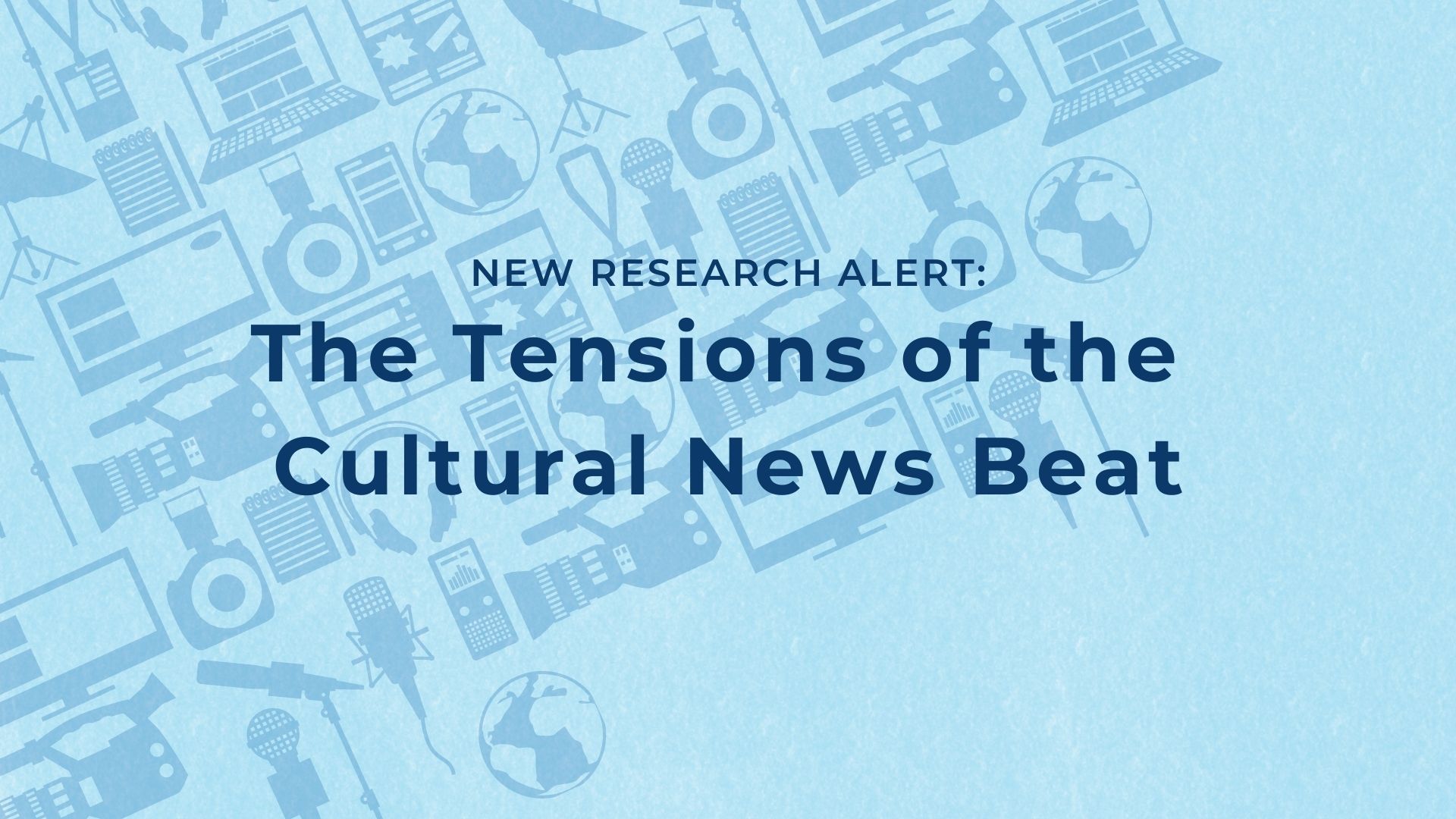 September 30, 2021 By Nete Nørgaard Kristensen Comments are Off

Nete Nørgaard Kristensen from the Danish team has published an article in the international journal Journalism Practice. The paper connects to the INVENT-project’s interest in the role of digitalization and media, including professional news media, for citizens’ access to cultural information and engagement with cultural content. The study traces the ways in which transformations such as globalization, digitalization, and conglomeration affect the cultural news beat and shows how these structural trends and the tensions they entail challenge cultural journalism’s distinctiveness. On the one hand, the cultural news beat is broadening, diversifying, and becoming increasingly news-driven, similar to other parts of the news organization. On the other hand, traits from cultural journalism, such as analysis, interpretation, and subjectivity as well as a broader socio-cultural interest, are seeping into other parts of journalism as well. Accordingly, the cultural news beat tries to police its boundaries and distinct identity by using aesthetic expertise, its specific perspective of a cultural filter on the world, and its history of offering judgments of taste as intellectual strategies. This is done perhaps not to reject actors or practices as inappropriate, but to draw boundaries against other types of professional and non-professional content providers and thus to stay resilient in an era of news beat reconfigurations.

The article is co-authored by Professor Kristina Riegert from University of Södertörn/Sweden and can be accessed here.