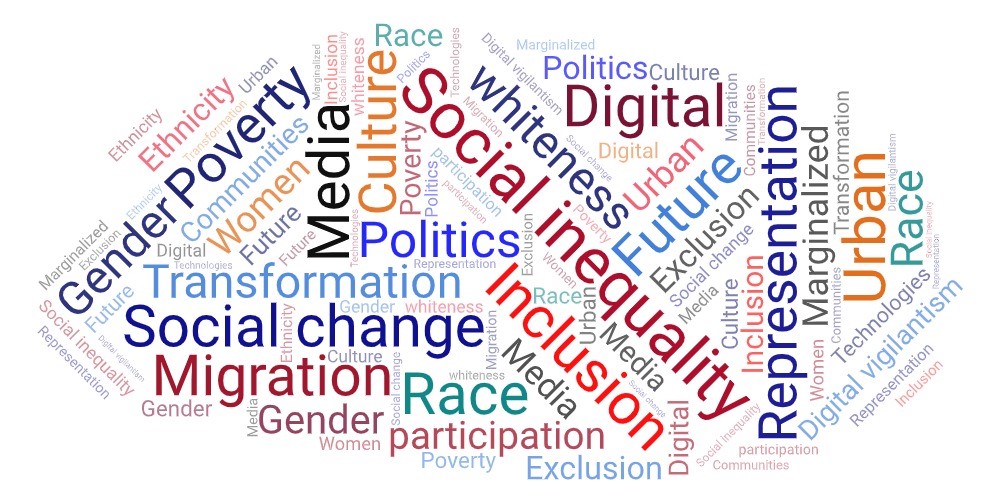 June 3, 2021 By Susanne Janssen Comments are Off

Current and Emerging approaches to Social In-/Exclusion in Media Studies

Members of the Dutch INVENT team will be hosting the annual summer school of the Dutch national Research School for Media Studies (RMeS). The summer school will take place online from June 21-23 and features keynote presentations, seminars, and workshops by renowned scholars in the field. Approximately 40 PhD candidates and research master students will participate in the programme.

In media studies—like in society at large—social in/exclusion is not a new phenomenon, but one that has gained extraordinary attention and urgency in the last years. Worldwide, we have witnessed unprecedented protests against patriarchism and racism, including the Black Lives Matter and the #MeToo movements. We have seen renewed efforts to both defend and to challenge territorial borders, as well as national, ethnic, and gender identities. While Covid-19 may have reduced the visibility of some of these movements on streets and other (unmediated) public spaces, it has also underscored the social inequalities driving them. Across national contexts, the costs of the pandemic have been markedly uneven: death rates are higher among already marginalized social groups; the emotional and work load associated to lockdowns tends to be heavier on women than on men; the world’s richest individuals have become even richer, while millions of middle and working class people have lost their job and/or a significant part of their income.

The media are not only key platforms to make inequalities visible and debatable, but also –probably now more than ever—crucial institutions in the configuration and (re)distribution of power in society. Thus, for example, a protest without hashtags has become practically unconceivable, the threshold for producing and disseminating mediated-content has never been so low, and digital technologies appear to be the key to access education, housing and work. Simultaneously, however, Amazon, Google, Facebook, and other digital companies accumulate unprecedented wealth and (algorithmic) tools that allow for concealed, but powerful forms of discrimination, while they dominate debates about the social divides that matter and the (digital) solutions to bridge them. This Summer School inquires into the theoretical and methodological tools Media Studies has and needs in order to better understand and study these phenomena. The sessions will engage students into this critical reflection by focusing on different spheres of media practice and representation, as well as a wide range of social exclusions and efforts to overcome them.

More informatio about the program and registration can be found at the RMeS websiteOpens external.